Posted on April 27, 2011 by adminbena
Guest blogger Mo Kelly on the 2012 election and the African-American vote

*There’s a pearl of wisdom that’s been passed down in African-American households over the years. As to attribution, not quite sure. After a quick internet search, the inimitable Dr. Maya Angelou seems most often credited: 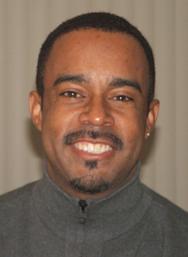 The Grand Old Party, the supposed “Party of Lincoln” has repeatedly and consistently shown itself to be completely disinterested in meeting the political needs of the African-American electorate base. It wants our votes to be sure; but in the way the philandering husband never intends to legitimize his mistress but likes the privilege of stopping by on occasion when convenient. We know when and why you come knocking in the midnight hour of the election cycle; the routine is rather staid and superficial.

Time and time again the GOP has shown America who she is. It’s about time we start believing them.

Former RNC Chairman Ken Mehlman was quite astute in his contention that the GOP needed to do more than simply ask for the African-American vote come election time. It must be about the business of consistency and sincerity.

Epic fail. Notice the L-sign with my thumb and index finger in the middle of my forehead.

This is about more than any singular email sent by a random, GOP staffer which celebrated the worst depictions of African-Americans. (And believe you me, there have been a bunch.) It is about the party that is complicit in its promulgation and its reticence in condemnation. It is always a struggle for the GOP to not do the racist thing, to not do the homophobic thing, to not get an attitude after the fact when we remind you to do the right thing in response. It is a tiresome struggle to remind the GOP that we are Black, we are Brown and we are even gay and lesbian in this 21st century America.

We know, we know. “Some of your best friends are (insert minority).” Yes, you will be quick to remind us how good of a relationship you have with “The Blacks.” But it’s time for you to hear what your relationship really is; instead of condescending and misguided Heritage Foundation talking points alleging something it’s not.

No, you don’t have a good relationship with “The Blacks,” “The Browns” or anyone else unlike you.

This is not about any singular candidate who confuses a coherent political agenda with a call-to-arms to question the President’s birth certificate. It is about the party in support of the legislation in Arizona born of such transparent silliness. We judge you GOP by the bills you write, the bull you speak and the Bush Doctrine you support.

The Republican Party is still promulgating the lie that it is “The Party of Lincoln,” while gleefully disavowing documented civil rights history. The reasons why African Americans have been so loyal to the Democratic Party are inextricably linked to the progressive legislative legacies of President Harry Truman through President Lyndon Baines Johnson. Some credit to be sure to Eisenhower but let’s not rewrite history.

The signing of the Civil Rights Act and Voting Rights Act signaled the mass exodus of then-Democrats to the Republican Party. The Democratic Party cratered itself because of its support of the movement. The political upheaval led to the birth of the Dixiecrats; the ancestral forefather of the Tea Party.

The Republican Party of 2011 is a direct descendant of the push back to the Civil Rights Movement, not the linear progression of the Abraham Lincoln legacy. For example, former “Democrats” Strom Thurmond and Jesse Helms come to mind for starters. The present day Republican party is a reflection and evolution of the Dixiecrat vision and all of its segregationist splendor. The lies have gone on for far too long. It is time to tell the truth for the sake of those so easily caught up in anti-immigration and birth certificate disinformation.

Mo’Kelly is here to tell you GOP, African Americans by and large are not appreciative of your paltry trinkets of disaffection. You want our votes, just not us. We get it. Trust me we do.

Well you can’t have them. And you surely don’t have us.

You’d let your party go straight to hell in a hand basket, riding the coattails of Sarah Palin and Donald Trump, rather than acknowledging the obvious; your president is a Black, American born man of Christian faith. You’d rather have your then RNC chair Michael Steele apologize and in effect “kneel” to radio host Rush Limbaugh than putting Limbaugh and his historical racism in its proper place. 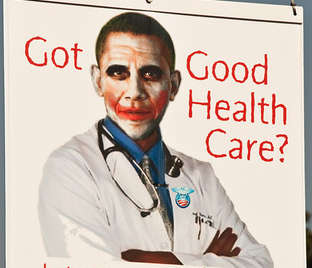 You’ve shown us who you are…we believe you.

Not only that, Latinos are here to stay and there are more gay people in America than just an “unfortunate” Idaho senator in a Minnesota airport bathroom or a handful of closeted right-wing hypocrite ministers. Hopefully I’m not the one who had to break the news to you, but your track record suggests otherwise.

Trust me…we get it.

It doesn’t matter if you talk until you’re blue in the face about the alleged political inadequacies of President Obama, because you couch it within disrespect of his race, his wife and even his birthright. If that weren’t enough, you’re now alleging that our President was a “terrible” student and didn’t deserve a spot at an Ivy League school. This is despite the fact that President Obama’s grades (like his birth certificate) are available and above reproach. This is also despite the fact that George W. Bush was clearly a mediocre student at best. If you want to allege that a particular President of the United States received an undeserved Affirmative Action pass into the Ivy League…pick the right one. It wasn’t President Obama.

The bulk of your complaints are not politically principled, they’re just plain old pitiful. No, I’m not interested in hearing your arguments about the supposed excessive spending of this Democratic administration as long as you give equal respect to those carrying poster boards depicting that same President and First Lady as chimpanzees or savages with bones through their noses.

You don’t offer a reasonable political alternative, you only reaffirm why Democratic apathy (although unappreciated) will always be a lesser evil than Republican ignominy. We suffer no illusions, we are in a loveless marriage with the Democratic Party. But collectively trading down for a vindictive Republican mistress is not a viable option.

In the words of Johnnie Taylor, “it’s cheaper to keep her.”

You want the votes of African Americans, just not all the fuss of having to respect those of us casting them.

We collectively get it and we believe you. Re-election for President Obama in 2012 and thank you for your part in solidifying our decision.

The Mo’Kelly Report is an entertainment journal with a political slant; published at The Huffington Post and EURWEB.com. For more Mo’Kelly, http://mrmokelly.com. Mr. Mo’Kelly can be reached at mrmokelly@gmail.com.
twitter – @mrmokelly