LINCOLN SENDS A MESSAGE TO AMERICANS

I FIRST WROTE THIS POST IN 2010 AND I BELIEVE IT HAS ONLY BECOME MORE RELEVANT AS TIME HAS PASSED. WE ARE LIVING IN A TIME OF SPLINTERED REALITIES IN AMERICA. IT IS HELPFUL TO KNOW THAT DURING ONE OF THE WORST TIMES IN OUR HISTORY THAT AN INTELLIGENT MAN, A GOOD MAN WHO LOVED HIS COUNTRY STEPPED FORWARD. ALTHOUGH THIS POST IS ABOUT CHRISTMAS, IT IS REALLY ABOUT ANY TIME OF THE YEAR WHEN A LEADER IS DESPERATELY NEEDED.

Abraham Lincoln never really sent out a Christmas message for the simple reason that Christmas did not become a national holiday until 1870, five years after his death. Until then Christmas was a normal workday although people did often have special Christmas dinners with turkey, fruitcake and other treats. 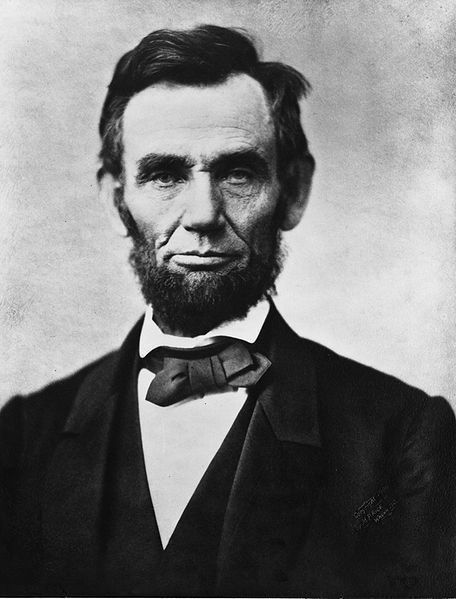 If Abraham Lincoln were president today we can only imagine what he might say in a Christmas message. During the Civil War, he and his wife, Mary Todd, and also their son, Tad, would visit wounded Union soldiers in hospitals. The Lincolns also used their own money to buy lemons and oranges for soldiers so they wouldn’t get scurvy. Lincoln was also an innovator and known for using the telegraph to keep in immediate and up-to-the-minute touch with his generals and troops during the Civil War. Today, he would probably tweet and like many recent presidents videotape messages to the country and the troops stationed abroad.

He would be sensitive to the trials and tribulations of Americans who are out of work and who have lost their jobs and homes during the Great Recession. Given his deep sense of empathy, he would feel for those who can’t find work and all the stress and sorrow that come from not having a paying job. Like his feelings for the plight of the slaves, Lincoln would probably express a profound understanding for the situation faced by those in poverty during a joyful and generous time like Christmas.

As a man of principle but also a clever political strategist, Lincoln would balance his words in such a way that he would acknowledge the pain without making new enemies or revealing any impending political decisions. As we learned from the Gettysburg Address he knew the power of brevity. He also knew that people want to believe in something greater than them. His Second Inaugural Address is filled with the sense of a higher power that knows better than mortal humans what might be best for all. He spoke to that Almighty power and connected that source to the work at hand — bringing the Civil War to its just conclusion.

Interestingly, Lincoln did have something to do with the image of Santa Claus, as we know it today. In 1863 he commissioned his friend and former campaign poster artist, the cartoonist Thomas Nast, to illustrate Santa Claus handing out gifts to Union troops. Lincoln wanted to cheer them up. Before Nast, Father Christmas was shown as tall and thin but Nast made him bearded and plump. Besides creating the image of Santa, Nast also created the donkey and elephant images for the Democratic and Republican parties and the familiar image of Uncle Sam.

Revisiting Lincoln today makes sense because we are living in a time of policy technocrats and dealmakers. Visionaries at the national level are few and far between. Our leading voices seem diminished rather than larger than life and mired in the messy politics of the moment to the point that they lose sight of something greater than the next election cycle.

If Abraham Lincoln were president today in the midst of two wars, the prolonged economic collapse, growing income inequality, battles around net neutrality, rampant consumerism and creeping climate change, this is what I imagine his 2010 Christmas message to be:

To the American People:

In this season of peace and hope arriving at a time of much suffering among many of our fellow citizens, I ask you to take solace in knowing that you live in a nation founded on the principles of fairness and equality and these birthrights shall endure as long as this country stays true to their promise. Our destiny as nation of democratic ideals is still evolving.

Remain steadfast in the knowledge that, in time, good conquers evil and truth will triumph. Be patient through these dark days and compassionate for the less fortunate. These difficult times are but momentary ripples in the history of our nation.

I extend the nation’s appreciation to our soldiers in distant lands and wish them a swift and safe return home. To our allies I offer our continued friendship. And, to the enemies of freedom and fairness, whether they are within or without, I say that we will never waver in keeping our people free, safe and secure. The pursuit of life, liberty and happiness still guides our journey forth.

In this time of uncertainty, hold hope close to your heart and know that America will return to its rightful inheritance of freedom and justice once again.

May the Almighty bless the American people and bless this great land.