The Future Sounds of Buenos Aires 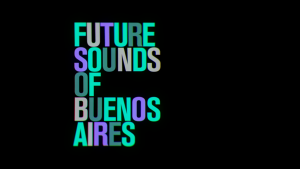 We collaborated with Waxploitation Artists (Los Angeles) and ZZK Records in the launch of their latest brainchild: Future Sounds of Buenos Aires.
FSOBA is an album compiling the key players in the Argentine electronic scene that are famous for revolutionizing traditional music from the roots of South America by updating it to the digital world of 2012.  The album contains tracks from all star producers and bands including Chancha via Circuito, Mati Zundel, Frikstailers, Super Guachin, Fauna, La Yegros, Tremor, El Remolón featuring Lido Pimienta, King Coya, The Peronists, El Trip Selector and Daleduro. We directed this promo working on a motion graphics/3d platform on several stages where electro-shamanic characters sing every track of this megamix.