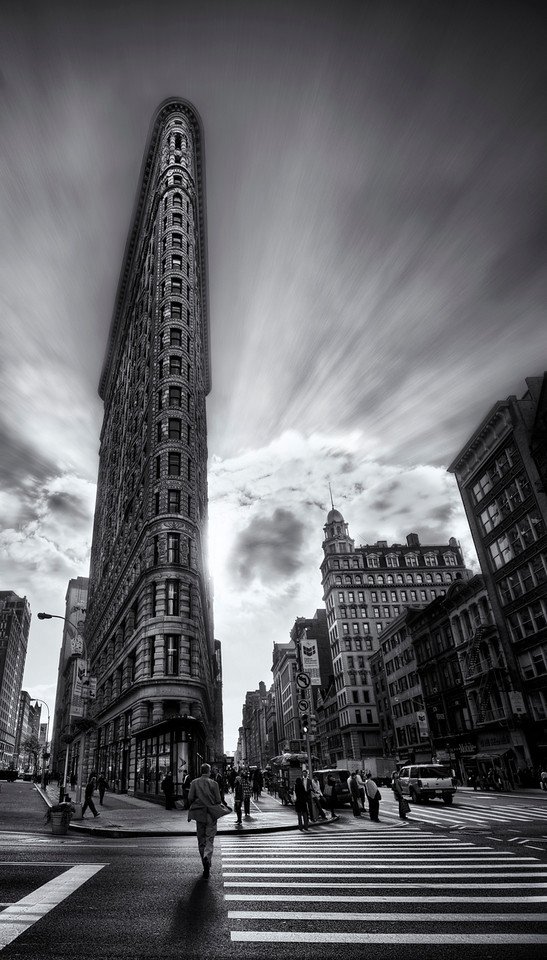 A Remembrance by Max Benavidez

I have walked this street many times and passed the famous Flatiron Building and almost every time I find it to be a magical structure. Here is one of my favorite photos of the building. According to Wikipedia, the Flatiron Building, or Fuller Building, as it was originally called, is located at 175 Fifth Avenue in the borough of Manhattan, New York City and is considered to be a groundbreaking skyscraper. Upon completion in 1902 it was one of the tallest buildings in the city and the only skyscraper north of 14th Street. The building sits on a triangular island block formed by Fifth Avenue, Broadway and East 22nd Street, with 23rd Street grazing the triangle’s northern (uptown) peak. It anchors the south (downtown) end of Madison Square, and the north (uptown) end of the Ladies’ Mile Historic District.