Posted on October 11, 2011 by adminbena
By Milton Chen

Much has been said in the past week about Steve Jobs’ monumental talents as a visionary, designer, and marketer and his relentless drive that led Apple to become the world’s most valuable technology company. With his passing, however, we have lost more than an Edison or Einstein of our time. We have lost someone who made us, as the Apple motto says, “think different” about what and how students learn. 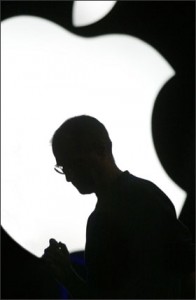 I was an early convert to Apple in 1978, working at the research department at Sesame Workshop in Manhattan. In conducting audience research for a new PBS children’s science series, “3-2-1 Contact,” we designed a “program analyzer” using hand-held units that downloaded data to an Apple II. While viewing test segments, young viewers registered their interest on the unit’s keypad. The system replaced a laborious paper-and-pencil method, instantly graphing, for instance, boys’ vs. girls’ preferences and enabling us to report findings in days rather than weeks. Occasionally, we would take the cover off the Apple II and marvel at its motherboard, silently thanking it for helping us do our jobs faster and better.

After I got married and had a child, we became a MacFamily, starting with the Macintosh 512k; then the PowerBook; PowerMac; our daughter’s iMac with its translucent, lime-green cover; and eventually our MacBooks and iPhones that we use today. Our old Macs still live on in our garage, our own little computer museum of memories that we can’t bear to recycle.

Beginning in the 1980s, among educators of all stripes, Apple came to represent our aspirations for children’s learning: cool, fun, a little irreverent, and even beautiful. We viewed the famous 1984 Macintosh ad as an assault on an authoritarian system of schooling, those gray prisoners seen as faceless students marching to the tyranny of lockstep teaching. We, too, wanted to throw that iconic sledgehammer into the system and liberate the learning experience for our students.

When I joined the George Lucas Educational Foundation in 1998, our team embarked on making short monthly documentaries on innovative schools implementing project-based learning, technology, and partnerships to expand learning beyond the four walls of the classroom. It was uncanny how often their teachers were Apple users. (We used to joke that Apple wasn’t paying us enough to showcase their technologies. In fact, they weren’t paying us anything.) Our film on Maine’s middle school laptop program in 2002 showed students acting like scientists, going out on boats to collect water samples, attaching digital microscopes to their laptops to examine microorganisms. At San Fernando High School in Los Angeles, in the social studies classes of Marco Torres, an Apple Distinguished Educator, or ADE, students became young filmmakers expressing the power of teenage voices on topics from neighborhood gun violence to sweatshops on the other side of the world.

Two years ago, I met two other ADEs, technology directors Kathy Shirley of Escondido, Calif., and Joe Morelock of Canby, Ore., who had developed a remarkable solution to the 4th grade reading crisis. By attaching a microphone, they turned the iPod Touch into an audio-recording device, enabling students to record and hear themselves reading. Their iTunes archive changed the private act of reading failure into a public cycle of improvement involving students, teachers, and parents. Shirley and Morelock call it “the missing mirror” in language learning. In an Escondido classroom of English-language learners that I visited, the 3rd graders were reading and writing above grade level and busily using apps to “bump” photos between their iPods and play a game of geometric tessellations. Apparently, they hadn’t been told that math wasn’t done during reading period and that photos weren’t part of the curriculum.

“Beginning in the 1980s, among educators of all stripes, Apple came to represent our aspirations for children’s learning: cool, fun, a little irreverent, and even beautiful.”

Forty years earlier, Steve Jobs was channeling his own inner learner, deciding to drop out of Reed College, collect Coke bottles for spending money, and take courses out of sheer interest. In a course on calligraphy, he learned about the beauty of fonts and typography and, years later, made sure that Apple users could personalize their text far beyond a one-type-fits-all Courier. He believed in a passion-based approach to learning as the best way to compose a life. As he described in his 2005 Stanford University commencement speech: “You can’t connect the dots looking forward. You can only connect them looking backwards. So you have to trust that the dots will somehow connect in your future. … This approach has never let me down, and it has made all the difference in my life.”

Steve Jobs was a distinctly California product, a son of Silicon Valley whose early contacts with Xerox PARC and Bill Hewlett are now legendary. Now, around the world, hundreds of millions of children are armed with immensely more powerful computers than he had as a teenager. Halfway across the globe, South Korea and Australia have recently announced ambitious national programs to provide every student with a digital device. In the war for global competitiveness, their leaders understand that these are the new education “weapons of mass instruction.” The next Steve Jobs might be more likely to come from Seoul or Sydney than Silicon Valley.

But the place that produced him still has the advantages of an entrepreneurial culture and history. The most fitting tribute to him would be to ensure that the children of his own community and state have a chance to follow in his footsteps and create the next wave of, in Steve’s trademark phrase, “insanely great” products and companies. But among the 265,000 students in California’s Santa Clara County, Apple’s home, there are still many Estebans and Stephanies waiting for their first laptops. Unlocking their drive and creativity and enabling them to learn based on their own passions is the best hope for paying forward the legacy of Steve Jobs to California, our nation, and the world.

Milton Chen is senior fellow at the George Lucas Educational Foundation (edutopia.org) in the San Francisco Bay Area and the author of Education Nation: Six Leading Edges of Innovation in our Schools (Jossey-Bass, 2010).

This post first appeared in EdWeek.
Image of Jobs silhouetted against the Apple logo by Susan Ragan/AP.