Posted on May 9, 2011 by adminbena
Judy Berman from Flavorwire
re: Last Night’s Episode of “Treme” 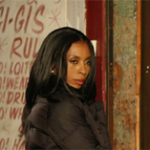 Last night’s episode of HBO’s “Treme” was difficult to watch. For a show that is often criticized for moving too slowly (this, despite the jarring suicide of a main character towards the end of its first season), it packed quite a bit of action — of the heartbreaking, tearjerking variety. Today, Salon’s Matt Zoller Seitz is denouncing the episode’s most shocking story line as a “cheap, ugly showstopper.” As someone who found the same harrowing twist to be as effective as it was devastating, I respectfully disagree.

Warning: If you don’t want Sunday’s most recent “Treme” episode spoiled for you, stop reading now.

For much of “Treme” Season 1, we saw the people of New Orleans coming together to salvage their lives and bury their dead. There were casualties, like John Goodman’s increasingly frustrated and irate Creighton Bernette, but there were also small victories: Big Chief managed to reassemble his tribe for what may be their final parade; Annie broke free of her heroin-addicted boyfriend, Sonny, and launched a more successful musical career; DJ Davis found purpose in recording an anti-government anthem; and Toni helped LaDonna find out what really happened to her brother.

Several months later, in Season 2, things are different. The initial spirit of unity has broken down, partially due to the egregious failure of local and federal relief efforts. Crime is through the roof, and wealthy opportunists, including “Treme‘s” new, amoral “rainmaker” Nelson Hidalgo, jockey for government contracts. While some, like chef Janette, have been forced to find work outside New Orleans, those who refuse to leave are slowly breaking down; even Big Chief has become an dead-eyed shadow of his former self.

Throughout all of this, one character has remained strong and spirited: Khandi Alexander’s LaDonna Batiste-Williams. Now that she has put her brother’s body to rest, she could easily retreat to Baton Rouge, where her dentist husband and family live comfortably. But, as this season’s first few episodes remind us, she is happiest in her New Orleans bar, bantering with regulars. Amid all the devastation, this dive is LaDonna’s haven — until this week.

As she’s closing down for the night, a young guy bangs on the bar’s gate. He wants her to give him directions somewhere, and he wants to come in and use her phone. LaDonna is too smart to fall for this. She tells him that maybe the NOPD can help him out, and he disappears as she calls 911 to report the suspicious character. Of course, the operator advises her to call back on a non-emergency line.

Law enforcement still hasn’t arrived when LaDonna tries to leave a few minutes later. He shows up as she steps outside and locks the door, and he’s got a friend with him. She retreats back into the bar, but they kick down the door. When they won’t stop at taking the money she throws at them, LaDonna grabs a bat and starts swinging. A few scenes later, a good Samaritan carries her into the hospital, her face bloody and bruised. David Simon spares us from having to watch the assault, out of what feels like respect for both the audience and LaDonna. We find out slowly that not only has she been beaten and had her bar stripped of anything potentially valuable, but she’s also been raped.

Matt Zoller Seitz has a few problems with how this plays out: He observes that the men who rape LaDonna and plunder her bar are portrayed as “almost literally faceless” — a move that’s out of chracter for Simon, who so rarely resorts to simple, “good guys vs. bad guys” oppositions. Although I agree that “Treme,” and “The Wire” before it, tends to succeed because it doesn’t operate this way, there’s a solid reason for what we see here: We only see these criminals through LaDonna’s eyes. I assume this case won’t end here (in fact, I’m thinking Toni will eventually get involved), and that’s when we’ll get a bit more complexity. Even if we don’t, let’s remember that LaDonna’s attackers are rapists, not guys stealing bread to feed their starving families. Is there really a lot of space for moral ambiguity there?

Seitz’s main complaint, though, is that we see too little of LaDonna in an episode where other subplots should have receded to accommodate the enormity of her trauma. “I wanted to see more of her valiant struggle against her attackers,” he writes. But that we didn’t drives home what’s so depressing here — that even this tough, vibrant woman was powerless to stop what happened to her. In the real world, which Simon is always trying to depict, resourcefulness and a good attitude can’t always save you.

We don’t see enough of the aftermath either, says Seitz, who believes “the hospital and recovery scenes were meager and perfunctory.” I disagree. Khandi Alexander is one of TV’s most powerful actresses, and we didn’t need to see more than her mangled face to feel the attack’s impact. LaDonna is so injured, inside and out, that she barely speaks. Almost immediately, she’s confronted with a rape kit and someone looking to question her about the assailants. We understand her unearned shame when she refuses to talk about her sexual assault in front of her husband. In one long scene, LaDonna takes pill after pill to prevent STDs (tellingly, we don’t see whether she takes the Plan B she’s offered), and we’re forced to process the potential fallout of rape. Especially compared with what we see on other TV dramas, this hardly seems like a disrespectful portrayal of the character’s recovery.

As for whether the incident and its aftermath deserved more screen time, Seitz raises an interesting question. He argues that Simon’s refusal to break his patchwork style, giving all story lines equal weight, cheapens LaDonna’s suffering. For me, it felt more like a reminder that, in the grand scheme of post-Katrina life in New Orleans, her rape is just one more item on a police blotter already hopelessly overcrowded with murders and robberies. If anything, this only adds resonance to LaDonna’s plight. Switching back over to her after lighter (if never exactly fluffy) scenes reminds us of how quickly individual tragedies can get lost in the shuffle. But after the credits roll, it’s Alexander’s expressive face — those sharp eyes, that pulpy, quivering mouth — that stays with us. By sticking to his structure, Simon ensures that we comprehend LaDonna’s tragedy on both a personal and a systemic level.