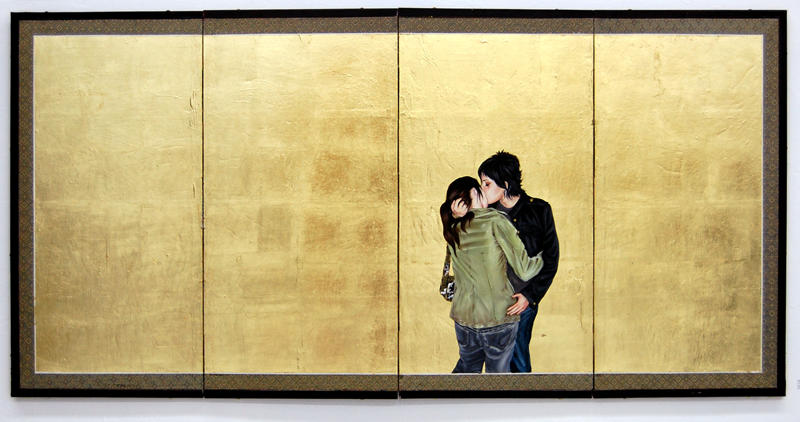 Shizu Saldamando is an L.A.-based artist. Her work is striking and decidedly global. As someone who is of Japanese and Latino descent she embodies the mutability of racial, cultural, and sexual identity, something we see in her art. Saldamando’s use of color, her deft deployment of line, texture, and light are exquisite but it’s the mastery of technique combined with her subject matter that makes her an aesthetic progenitor in our current art context. We see boundaries crossed, gender bent, racial essence stirred and experience a truth that our eye is drawn to because of its beauty and fluidity. Her work will be featured in the Smithsonian National Portrait Gallery’s exhibition: “Portraiture Now: Asian American Portraits of Encounter,” which will run from August 12, 2011 through October 14, 2012.

Here are Saldamando’s answers to our three questions.

1) Why did you become an artist?

Any career path usually involves a random accumulation of life experiences that bring you to that decision. I suppose maybe it was the only thing I could see myself doing day after day without developing a severe depression but now I’m realizing that everything can get old no matter what. It is how you approach what you do that makes it enjoyable or not.

Growing up, drawing was enjoyable to me and art was the only thing other people told me I was good at besides arguing. I was barely passing most of my classes in high school and barely passed my art class because I always turned in my work late. I knew the only way I could get into college was through art school and luckily the program at UCLA accepted me. After I got out of undergrad I started working at Self-Help Graphics (in East Los Angeles) as an office manager but was so horrible at it I ended up going back to school for my graduate degree.

Looking back on it, it wasn’t until I went away to an artist residency that I realized what a working artist was. I always just thought it was a hobby you did once in a while after your day job as an office manager or union organizer. I didn’t know you could actually just create art as your main job, until going away and seeing other working artists who traveled for their art, and spent most of their time working on their own stuff. 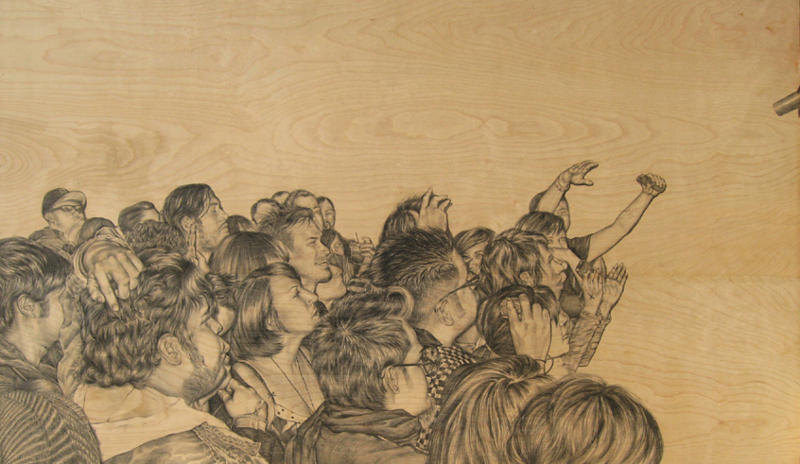 2) Who are your influences?

Wham, Boy George, Expose, were all big childhood influences along with the huge Zapata poster my parents had up in the living room (which I thought was a portrait of my dad for the longest time). Then in my teens came 90’s British pop, punk shows and cholo prison art. In college it was backyard parties in South East L.A., which I admit to never outgrowing. In my 30’s I’m starting to get into metal music. As far as visual artists go…Andrea Bowers, Esther Hernandez, John Valadez, Yreina Cervantes, Yoko Ono, Juan Fuentes, Barbara Carrasco, Sandra de La Loza, Ellen Gallagher, Alex Donis, and others, have all created work that has stuck with me one way or another. 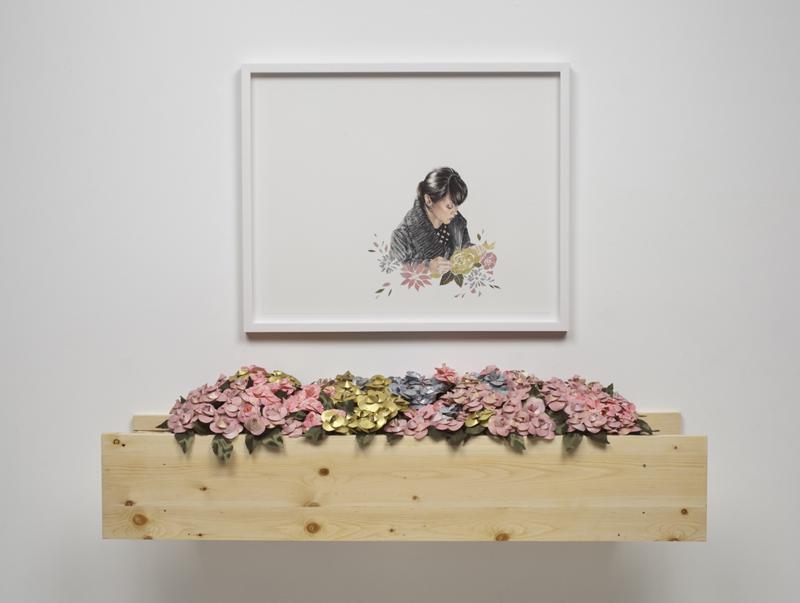 3) What are you working on now?

I’m finishing up a body of work for an Asian American portraiture show at the Smithsonian National Portrait Gallery in the fall. Its different in that I actively sought out Asian friends to model for me but still ended up with pretty diverse pieces showcasing both Latinos and Asians and heavy on the butch representation. 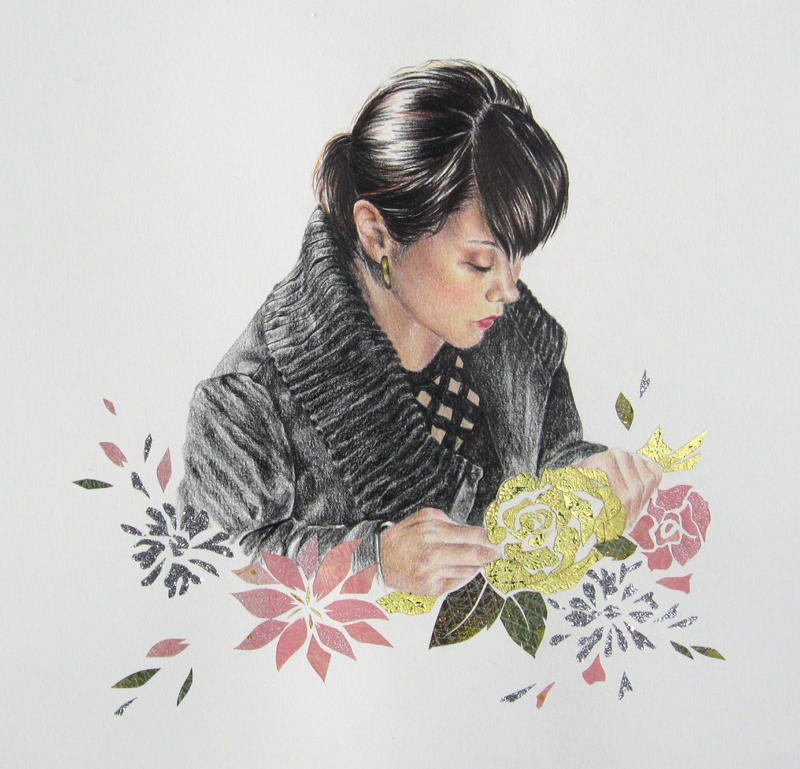 Detail from Katherine with Flowers