How To Create Diversity in Publishing 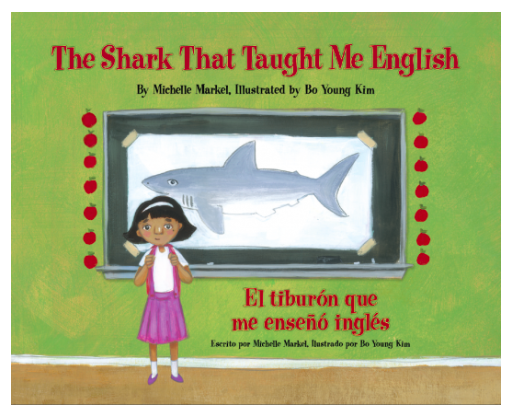 The publishing industry in the United States is huge and doing quite well. According to a new report by Research and Markets, the U.S. publishing industry has grown to more than 2,600 publishing houses and about $25 billion in annual revenue. Paperbacks are still the most popular format, and the areas of greatest growth are in children’s and young adult books.

Although this is a far rosier picture than we see in the newspaper industry, where digital disruption has completely decimated the industry, there is one area where the U.S. book publishing is still lagging behind. And that’s in the number of diverse books being published for children.

In 2015, the Cooperative Book Center examined 3,500 titles in children’s literature. What they found was revealing.

The characters in children’s books overwhelmingly reflect the dominant culture. In these 3,500 books, only 5.1% of the characters were African-American; 3.2% were Asian Pacific American; 1.9% were Latino American; and a paltry 1.1% were American Indian. When you add these numbers up, you get 11.3%. Yet, these groups comprise about 37% of the total U.S. population and even higher percentages when you look at the number of children of color attending K-12.

What can account for this disparity in children’s books and literature?

It’s basically a diversity perception gap in publishing. A survey taken in 2015 of the people who work in publishing found that nearly 80% self-identified as white. At the executive level, the percentage jumps to 86% and 82% in the editorial departments. No wonder the Cooperative Book Center found that, on average, of all the children’s books published annually, only about 10% can be classified as diverse. According to this survey, even the book reviewers are overwhelming white at 89%.

Books for diverse audiences, especially children, need to be culturally relevant. It can’t be business as usual where the vast majority of published books basically ignore large swaths of the population.

There is a silver lining here as there is some new blood and bona fide innovators emerging in the publishing industry.

The best way to start solving this problem is to have publishers who are diverse by practice and design. Lectura Books is one publishing house making its own unique dent in the market by carving out a specific niche in the industry. Their focus is to publish bilingual (English/Spanish) children’s books aimed at the rapidly growing Latino children’s market.

If we look specifically at Latino Americans, we can see the large gap between their numbers among the U.S. population and their representation in children’s literature. As a group, they make up over 25% of the overall population of U.S. children but are only 1.9% of the characters in children’s literature. However, if we look at the overall U.S. K-12 population, nearly 30% of the students are Hispanic. In the most populous state, California, the number of Hispanic children in K-12 is at 54%. These are today’s new readers and tomorrow’s adult consumers. Mainstream book publishers are behind the demographic curve.

All of Lectura Books’ titles feature Latino and Latina characters in culturally relevant stories. Whether it is a family setting up a business as in Flores Family Café, or a young boy living in Los Angeles in the 1930s as in the Teo series, or a young Texas girl corresponding with her grandfather in Veracruz, Mexico, as in Letters Forever, the stories are culturally relevant for their target audience. In one book, The Art of Memory, the house brought together 10 well-known Latino and Latina artists from across the country who shared their favorite childhood memories and then illustrated them. Critics have applauded the book and recommended it for use in schools.

The publishing house has received many awards for their books and been reviewed in various publications, including School Library Journal, but it’s only one small niche publisher swimming in a sea of big mainstream publishing houses.

“We are at an inflection point,” says Katherine Del Monte, the publisher of Lectura Books. “Given demographic trends and the reality that education is the key to economic development, it’s more important than ever to publish books that reflect the true and actual experiences of Latino families. Having young readers see themselves in books is a valuable outcome for me.”

In 2014, a spontaneous movement known by its hash tag—#WeNeedDiverseBooks—quickly developed on social media in response to the lack of diversity in the publishing industry. Today, We Need Diverse Books has evolved into a nonprofit organization dedicated to bringing more diverse books into the hands of children.

The president and CEO of We Need Diverse Books, Ellen Oh, says, “I think a lot of eyes have been opened. And the industry as a whole cares about kids and cares about our future generation. They’re much more willing to embrace the idea that diverse books are actually good for all of us.”

We’ll have to see what happens in publishing as the U.S. grows more diverse. Time is of the essence. Every year, more and more young children from diverse backgrounds enter kindergarten, and it’s important for their personal growth and the future of this country that they see themselves in the books they read. Imagery and story matter.