Lara Croft Reboot – Have We Evolved Yet?

Posted on July 9, 2012 by adminbena
Lake Desire on the Lara Croft Reboot – from The Border House 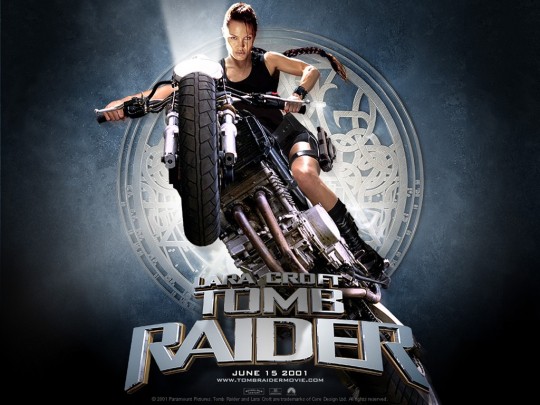 Tomb Raider holds a fond place in my heart as a cultural icon, if only for the sexual awakening I shared with many other teen girls when I found myself infatuated with Angelina Jolie’s Lara Croft. However, I never could get into the videogames due to my own prejudice against games that screamed “boys only!” As a teen girl, I couldn’t get past her giant tits long enough to take the game seriously. Later, 2006, game designers acknowledged Lara was unrealistic, and responded with a redesign of supposed realism, I still snubbed Lara Croft.

If you don’t remember the 2006, here’s an image of how “realistic” the then-new Lara was: 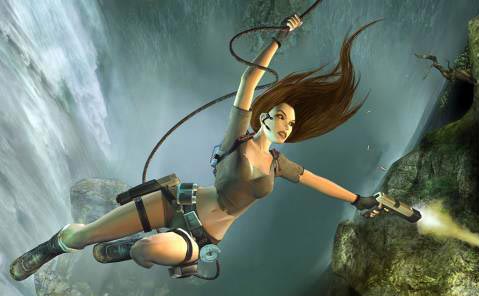 The 2006 Lara Croft reboot. She is a busty, small-waisted white woman swinging from a rope as she aims a pistol.

As a gaming woman, I don’t find Lara Croft’s new proportions especially empowering or representative of me. It’s another message of how I ought to look so I can be sexy, confident, and poised. The consensus was that Croft was ridiculous, even from those who found her aesthetically pleasing. Now, she’s “realistic.” I could, theoretically, look like the new Lara Croft; she’s become within the realm of possibility existing. I’ve already “won” genetic lottery—I’m white, brunette, not fat—and now I just need to get breast implants, work out more, and stop eating.

So game designers acknowledged that a pin-up girl was problematic, but responded with “realism” that was not so real. Now, in 2012, Tomb Raider has another reboot that attempts to make Lara realistic through… vulnerability?

Two days ago, Jason Schreier at Kotaku published the post “You’ll ‘Want to Protect’ The New, Less Curvy Lara Croft,” where he interviews the executive producer of the new Tomb Raider, Ron Rosenberg. Schreier reports that, “In the new Tomb Raider, Lara Croft will suffer. Her best friend will be kidnapped. She’ll get taken prisoner by island scavengers. And then, Rosenberg says, those scavengers will try to rape her.” Today (June 13, 2012), the article was picked up today by journalists reporting “Lara Croft attempted rape will make Tomb Raider players want to ‘protect’ her.” Let’s analyze! 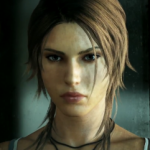 A screenshot of the new Lara Croft, for once not bloodied. She is a white woman with straight brown hair, pulled back. She frowns and looks serious, with her gaze slightly away from the camera.

Rosenberg reveals that gamers won’t project themselves onto Lara. Rather, they will want to protect her in a way gamers don’t want to protect their male protagonists: “She’s definitely the hero but— you’re kind of like her helper … When you see her have to face these challenges, you start to root for her in a way that you might not root for a male character.”

First of all, I do appreciate that Rosenberg is trying. He’s considering how a female protagonist might be different than a male protagonist. However, the subtext I see in this quote are presumptions that the gamer is male (and a narrow definition of male, at that), he wants to be chivalrous, and that as gamers we somehow can’t project ourselves onto female protagonists in the same way we can male protagonists. These attitudes aren’t exclusive to Rosenberg, but widely prevalent. I particularly worry that “protecting” Lara will enable some male gamers to see themselves as the “good guys”–the knights in shining armor–who would rescue Lara from some evil rapist out there, which ignores the ways in which gamer culture can perpetuate the broader rape culture. Allowing men to dichotomize themselves as the good rescuers vs. the evil rapists out there also ignores that most rapists are folks that victims know, and that men are also victims of rape. A more sensitive and realistic portrayal of sexual violence would take these facts into consideration rather than telling the same old story of stranger-danger.

Anyways, back to the game. Much of the reboot attempts to make Lara more realistic. In the words of Rosenberg,”The ability to see her as a human is even more enticing to me than the more sexualized version of yesteryear. She literally goes from zero to hero… we’re sort of building her up and just when she gets confident, we break her down again.”

So is vulnerability more realistic? Perhaps. I don’t mind vulnerable characters, but I find it is too easy of a characterization, and is something men tend to be comfortable with. (I recall how Battlestar Galactica creators went out of their way to show Starbuck’s vulnerable side, but never did the same for Lee Adama.) Overcoming victimhood and sexual trauma are primarily female character arcs, and not especially original. We don’t see the same transformation from vulnerable to badass in male characters.

Again, I do appreciate the effort. The Tomb Raider reboot seems to be trying to expand the role for female leads beyond girls-we’d-want-to-fuck to girls-we’d-want-to-protect. We’ve got two options now for female characters, which is better than one, but they are both gendered in limited and troubling ways.

So far, I’ve based my discussion on a few quotes from a brief interview. Let’s now take a look at the trailer for the game itself.

Lara wakes up, bound and bloodied, and gasps.
The trailer really does stress victimhood. In the first seconds, Lara wakes up with a gasp. She is bound. The camera turns and reveals she is also upside down. She says, “I’ve got to get out of this,” and swings and escapes. She moans and gasps as she lands on a piece of metal. She finds a woman she knows, dead and strung up and apparently ritualistically killed.

Lara finds her friend “Steph,” strung up and apparently dead as part of some ritual.
Lara tells herself, “I need to find a way out,” as she carries a torch and crawls through rubble. The trailer cuts to action shots with Lara ducking to escape explosions and jumping across debris. She radios for help, drinks from a waterfall, and huddles by a small campfire. Then, she picks up a bow and hunts a deer. A wolf attacks her, and she fights it off, yelling, “Get the hell off me!” She reunites with her best friend Sam, only to have Sam captured away at knife-point. Lara quickly draws her bow and glares at the captor. I love her expression.

Lara glares at the man who is holding her friend at knife-point. She is about to draw her bow.
The man escapes with Sam, and Lara gets her foot caught in a bear trap. She reunites with some of her own crew. She’s kidnapped again, hog-tied and thrown down. Then, the trailer cuts to her escaping and hiding with her hands still tied. She fights off and kills her attempted rapist. I how beats him while she is tied up because it counters the prevalent message that women are physically weaker than men and therefore cannot fight of attackers.

Lara is covered in blood.
She gets up, covered in blood, and remembers a male relative (I think?) giving her a pep-talk. Cut to more action shots, dramatic music, and Lara saying, “I hate tombs.”

All in all, the trailer does show Lara getting built up and then broken down again, which I find a bit off-putting because I hate seeing bad things happen to women because they are women. I do appreciate seeing some backstory as to how Lara Croft became such a badass because nobody is born an ass-kicker, and I appreciate that the gamer designers try to consider some of the unique challenges women face in life-or-death situations, but I’d like to see something more original than surviving a rape attempt.

Overall, I was off-put by the interview, but all in all, the trailer actually made me want to play Tomb Raider because it is rare I get to play a game where I can be a chick and blow shit up. However, I won’t want to protect Lara, I’ll want to be Lara, and I don’t know if I want to live through all that trauma.

For an update on the continuing controversy go here.