Ai Weiwei, Freedom and the Infinite Space in Art

In early 2011 I heard the news that the Chinese government had demolished Ai’s art studio in Shanghai. The demolition has stayed with me. It shows the power of art and the lengths that a government will go to destroy freedom of expression and criticism. In Ai’s case, that criticism has to do with human rights and democracy. As Rousseau famously wrote, “Man is born free, and everywhere he is in chains.” 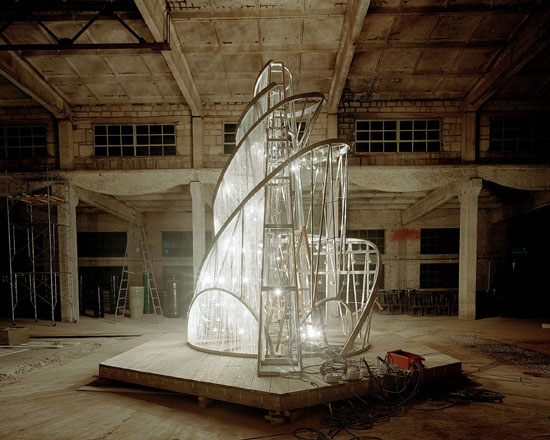 Ai hopes to receive a visa to come to the United States to assist in the installation and to attend the opening of the survey exhibition, Ai Weiwei: According to What?, Oct. 7-Feb. 24 at the Hirshhorn Museum in Washington, D.C. Culture Grrl has a good backgrounder on the show and Ai’s limbo status. Ai is a dissident of the first degree. As Culture Grrl reports: “One of the most notable (and weighty) additions will be a piece from Ai’s ‘Rebar Series’—a monumental work constructed from the steel reinforcement bars that he retrieved from the rubble of a school that collapsed (in part because of allegedly shoddy construction) in the deadly 2008 Sichuan earthquake. Another work that was designed to call attention to the possibly avoidable deaths of the trapped schoolchildren is constructed from their backpacks, also found in the rubble.” (See photo below.) 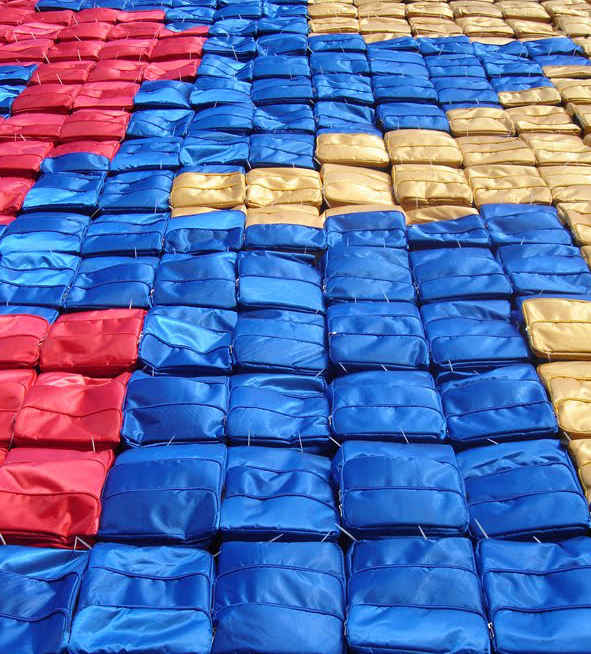 We’ll see if the Chinese government allows Ai to travel for this show. More than anything, as a profile in the London Telegraph points out, Ai is not giving up: “I believe there is infinite space in art and communication,” he says. “Of course, it becomes very difficult if you put someone in jail. But still, if I look at people who have been in jail for 20 years, I never see their attitude change, it only makes their belief stronger.”

For now, Ai’s only focus is “to survive…When the police interrogate me,” he says, “they say I am a pawn of the West. They say they only buy my work because they want to give me money. And they say I am trying to use politics to promote myself and become more famous. And there is some truth here. But the police forget what the purpose of all this fame and status is. I do not need it personally. They never understand the content of my message.”