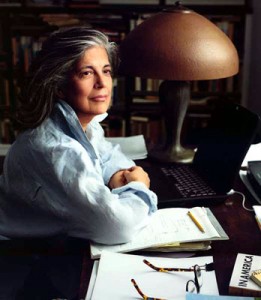 Susan Sontag is the writer who first taught me that a critical essay could be every bit as valuable as a work of fiction. I admire her judgment; but I admire the way she expresses her views, her writing, even more. Some of that is her adept use of aphorism, her ability to compress an entire point of view into one clean, memorable phrase — “All writing is a species of remembering,” “Surrealism can only deliver a reactionary judgment,” “Disenchantment is the characteristic posture of contemporary American intellectuals, but disenchantment is often the product of laziness,” and so on. But, more importantly, Sontag uses her critical essays as a way of exploring her own personal sensibility.

That sensibility exists between two seemingly irreconcilable poles — a high-culture aestheticism not too far removed from the work of canonical critics like Walter Pater, and a radicalism inspired by the twentieth century European avant-garde. Sontag radiated a devotion to literature and serious art that seemed rooted in another era. Her son, David Rieff, has written, “My mother’s was, I think, a nineteenth-century consciousness.” And the two volumes of her journals currently available, Reborn: Journals & Notebooks 1947-1963 and the newly published As Consciousness Is Harnessed to Flesh: Journals & Notebooks 1964-1980, with their dutiful lists of new books to read and almost Emersonian devotion to self-improvement, both bear that out. At the same time, she made her name calling for an “erotics of art,” and when she died in 2004, The New York Times hailed her as an “evangelist of the new,” pointing to her championing of new writers and the attention she paid to popular culture, especially film.

While it is tempting to associate Sontag’s radicalism with the beginning of her career, and then assume she merely “mellowed with age,” both poles — an earnest seriousness and a desire for sensual experience — are evident from her breakthrough collection Against Interpretation and Other Essays forward. Against Interpretation is perhaps best known for its title essay’s dictum “interpretation is the revenge of the intellect on art.” While the quote shows off Sontag’s aphoristic side, it also distills the worldview underlying much of her best work. Sontag’s disdain for “interpretation” is not a rejection of judgment — instead it stands in opposition to an overly psychological approach to criticism that elevates the “idea” of what a work of art “really means” over the art itself. The experience of art is, first and foremost, sensory; too much “interpretation” has the effect of neutering art. In “On Style,” she declares: “Art is not only about something; it is something. A work of art is a thing in the world, not just a text or commentary on the world.” The stakes are quite plain — by refusing to address art in sensory terms, the critic colludes with the quintessential problem of modernity: the dulling of the senses by mass media. As Sontag explains, “Think of the sheer multiplication of works of art available to every one of us… Ours is a culture based on excess, on overproduction; the result is a steady loss of sharpness in our sensory experience.”

This lays out exactly how, and why, Sontag reconciles her aestheticism and her radicalism — great art preserves and extends the power of the senses. As she puts it in Against Interpretation: “The aim of all commentary on art now should be to make works of art — and, by analogy, our own experience — more, rather than less, real to us.” Though she never again lavishes the senses with the praise she heaps upon them in Against Interpretation, she continues to explore the numbing effect of cultural “overproduction” in her later work. For example, it noticeably looms in background of On Photography, her most powerful book. There, she ties the multiplicity of images with the consumer culture that birthed it: “The final reason for the need to photograph everything lies in the very logic of consumption itself… As we make images and consume them, we need still more images; and still more.” But the proliferation of images only serves to dull the senses further. All of Sontag’s criticism, up through the essays that make up Where the Stress Falls, the last collection published during her lifetime, pushes back against consumer culture in one way or another. In retrospect, even Against Interpretation’s hostility to “content” is itself a way of fighting off the dulling effects of consumer culture. “Interpretive” criticism, by distancing the reader, viewer, or listener from a particular work of art, turns the reader, viewer, or listener into a consumer — someone who merely reads, sees, or hears a work of art instead of experiencing it. 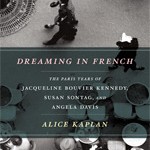 For this reason, Sontag’s ideas about content and form are integral to what makes her such a powerful critic, and therefore are worth exploring in more detail. Perhaps the most important thing to keep in mind about Sontag’s attitude about content is her longstanding interest in French culture, particularly the French New Novelists of the 1950s and the critics who emerged in their wake. Fittingly, a new book, Alice Kaplan’s Dreaming in French: The Paris Years of Jacqueline Bouvier Kennedy, Susan Sontag, and Angela Davis, examines her career through the lens of her 1957-1958 stay in Paris, a seminal moment in Sontag’s life — mainly for the way she immersed herself in French literature and criticism. As Kaplan explains, “Books read and positions taken were events for Susan Sontag.” One “event” that stuck with Sontag was New Novelist Alain Robbe-Grillet’s statement that the novel, as a work of art, “has no content” as such, an idea that Sontag later extended into her assault on “interpretation.”

In her own writing, Sontag makes clear that the French critics that wrote in response to the New Novelists’ work, including Roland Barthes and Michel Foucault, are the writers who impress her the most, explaining, “The reason these essays may prove more valuable than the novels is that they propose standards that are ampler and more ambitious than anything yet achieved by any writer.” Barthes in particular stood out, and he remained a major influence on Sontag. Both showed a penchant for aphorism, and both toyed with the form of the essay, in the same way the New Novelists toyed with the form of the novel. To get a sense of how Sontag plays with form, it helps to consider “Notes on Camp,” perhaps her most famous individual essay. In “Camp,” each paragraph is numbered and separated from the whole, as if it is a distinct object or artifact. As the essay unfurls, these fragments accumulate to forge a clear argument. This subtly echoes Sontag’s insights about camp itself — that it’s a sensibility made up of individual objects pulled free of their original context and then juxtaposed together to create an all-new “campy” aesthetic. 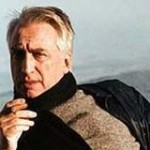 But Sontag and Barthes shared more than a willingness to experiment. In Where the Stress Falls, Sontag notes that Barthes exhibits a remarkably open-minded sensibility: “Confidently assertive, it nevertheless insists that its assertions are no more than provisional.” Sontag herself wrote with the same mixture of confidence and humility. Perhaps the most telling passage in As Consciousness Is Harnessed to Flesh is an entry from November 1965 where she notes:

I write — and talk — in order to find out what I think.

But that doesn’t mean that “I” “really” “think” that. It only means that is my-thought-when-writing (or when-talking). If I’d written another day, or in another conversation, “I” might have “thought” differently.

This is what I find most alluring about Sontag — that she treats her essays first and foremost as exercises in thinking. In a way, all of her nonfiction is best read as argument, in the sense that she takes a strong position, puts it in opposition to a reigning critical assumption, and then sees how far her idea can take her. This doesn’t mean she treats her essays as sophistic games; it just means that she doesn’t worry about adhering to a particular critical dogma. Or, to put it another way, she writes each essay and monograph as a self-contained whole, and allows it to exist on its own terms. Later, when she returns to a given topic — the way her final book, Regarding the Pain of Others, revisits the same ground she explored in On Photography — she is willing to revise or even contradict her earlier work. What matters is the purity of the argument she is making in the moment, not creating an illusion of consistency with her previous books.

It’s worth remembering that Sontag saw herself primarily as a novelist and, according to David Rieff, often considered putting aside writing essays entirely in order to concentrate more on her fiction. Sontag herself described the process of writing what became Against Interpretation as a matter of discharging “some of the cargo of ideas about art and culture… which had distracted me from writing fiction.” Sontag’s nonfiction is, in a sense, the thinking she needed to do in order to free her mind for the work she wanted to do. Ironically, her criticism holds up far better than her novels. In a way, Sontag the critic writes like a great novelist, in the sense that she is giving the reader a glimpse of how her mind works. Sontag exemplifies the notion of “thinking through culture,” because she engages directly with culture and works of art; concentrating on their forms, she frees more space for her own thinking.

My favorite explanation about the power of fiction comes from David Foster Wallace, who observes: “We all suffer alone in the real world; true empathy’s impossible. But if a piece of fiction can allow us imaginatively to identify with a character’s pain, we might also more easily conceive of others identifying with our own. This is nourishing, redemptive; we become less alone inside.”

Great criticism does something slightly different, but equally important. Instead of showing someone else’s pain, it reveals someone else’s sensibility, someone else’s way of seeing art (and, by extension, the world). Or, as Sontag herself put it in 1996: “Some people think of reading only as a kind of escape… Books are much more. They are a way of being fully human.” Sontag, with her fierce resistance to thinking like a consumer, her intelligence, her sensitivity to the importance of style, and her willingness to carry an argument to its logical conclusion, is the kind of writer who makes me feel less alone, and her books are the kind of books that make me feel more human. She is a great critic precisely because she understands that criticism is a form of writing — and that writing should always, always aspire to be an art.

This first appeared in Bookslut.