After Reading Chekhov’s “The Duel” 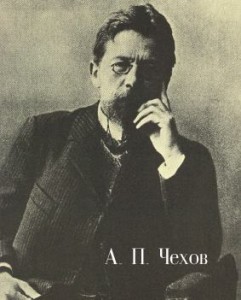 Eudroa Welty once said that reading Anton Chekhov was like having the angels sing to her. Something like happens to me when I read Chekhov. His prose seems sculpted and has an effortless quality, which demonstrates his great gift combined with hard work. I can tell that he loved to tell stories, to go deep into characters in the way he said one must write, “Don’t tell me the moon is shining; show me the glint of light on broken glass.” That is what he did in his stories and in his plays. In “The Duel,” a wonderful and classic novella, he takes us into a small town far away in the Caucasus. A young man of twenty-eight named Laevsky, originally from Moscow, is living a miserable life in this little town. He has brought his lover, a young women who left her husband, with him into his misery. A stench of rotten romanticism hangs over the lives of these two lost lovers. The young man is an emotional mess verging on delusional negativity and by the end of the novella he is forced to come face to face with his deepest fears and harsh realities. This is a story where we see the doctor side of Chekhov. Not only through his memorable physical descriptions, which could also be medical diagnoses, but also at points in the story where another character, an army doctor, prepares the medicines of the day for Laevsky’s lover.

Duels were a 19th century staple in Russia and at one point Chekhov quotes the final lines from Alexander Pushkin’s poem, “Memory”:

“Upon my mind, weighed down with woe,
Crowd thoughts, a heavy multitude:
In silence memory unfolds
Her long, long scroll before my eyes.
Loathing and shuddering I curse
And bitterly lament in vain,
And bitter though the tears I weep
I do not wash those lines away.” 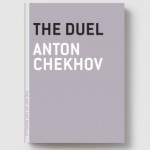 Tragically, Pushkin himself was killed in a duel. But, in Chekhov’s duel, the outcome is not so deadly, but rather tragically absurd.

I strongly recommend this novella. The version I read was published by Melville Books and is part of what they call their hybrid book series, which combines the usual hard copy of the work with online additions.