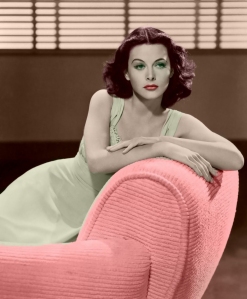 What do Caroline Herschel, Ada Lovelace, Mary Somerville, Mary Anning, Lise Meitner, Emmy Noether, Jocelyn Bell, Rosalind Franklin, Vera Rubin, and Hedy Lamarr (among others) have in common? They each made extraordinary scientific discoveries that went unrecognized because they were women, many of them having to endure male colleagues taking credit for their work, then winning Nobel prizes for it. Even Marie Curie — sadly the only woman scientist anyone can ever think of — was dismissed as little more than her husband’s assistant, her Nobel prizes contested by fellow scientists. On December 10, 1911, Marie Curie won her second Nobel, the only person ever to win two Nobels in two different sciences, yet a hundred years later, in 2011, no women were among the nine Nobel winners in the sciences, and women remain severely underrepresented in the STEM professions — science, technology, engineering, and math.

A 2010 report by the American Association of University Women, based on decades of research, concluded that bias and stereotypes still impede the female pursuit of scientific subjects from grade school through academia. Vivian Gornick’s book of interviews with scientists, Women in Science: Then and Now, provides detailed accounts of the discrimination experienced regularly by professionals. Glaring proof of such prejudice was infamously provided by Lawrence Summers, president of Harvard University at the time, who in a creepy, eugenics-ish statement asserted at a 2005 conference on Diversifying the Science & Engineering Workforce that women had “issues of intrinsic aptitude.”

Summers’s views echo Victorian British claims that female brain size was too small to grasp scientific subjects. Richard Holmes, author of The Age of Wonder, has been spending much time in that revered scientific institution The Royal Society of London researching his forthcoming book, The Lost Women of Victorian Science. The society’s archives, as reported in a recent issue of the Guardian, have revealed that despite their presumed encephalic limitations, “women played a far more important role in the development and dissemination of science than had previously been thought.”

Another Victorian, Alfred Lord Tennyson, famously declared, “The woman’s cause is man’s; they rise or fall together.” While Julie Des Jardine’s book The Madame Curie Complex: The Hidden History of Women in Science exposes male scientists’ bad behavior toward their female counterparts, she also notes that women scientists wouldn’t have gained the recognition that they did without the help of notable male allies.

As some people do puzzles or watch birds, Hedy invented. As a child from a secular Jewish family in Austria in the 1920s, she absorbed her banker father’s love of knowing how things worked. At sixteen she dropped out of school to pursue a career in acting. Her success was immediate with a groundbreaking film called Ekstase. Rhodes maintains it was a strikingly modern exploration of female sexuality and a reversal of Victorian paternalism. “Had the film been released in the 1960s instead of the 1930s,” Rhodes speculates, “it might have been hailed as feminist.”

In 1932, Hedy married Fritz Mandl (her first husband of six), a wealthy arms dealer who reportedly provided weapons to both sides in the Spanish Civil War. A jealous man, he swiftly put an end to Hedy’s acting career. Sounding very twenty-first-century Wall Street, Mandl once said, “Democracy is a luxury that might be borne, perhaps, in prosperous periods.” Hedy soon became frustrated with her life of leisure described in her memoir Ecstasy and Me: “My husband bought a town house that was like a palace. Every piece of furniture in it was antique and priceless. We had also three hunting lodges… cars… planes… a yacht… I had furs and jewels and gowns beyond any girl’s wildest dreams of luxury… But in my houses I had nothing to say. Not about anything… I was like a thing, some object of art which had to be guarded — and imprisoned — having no mind, no life of its own.”

Taking full advantage of entrenched male attitudes toward female intellectual capability — stand still, look stupid, and you’ll be perceived as a glamorous bimbo — Hedy inserted herself into Mandl’s highly sensitive discussions with engineers, politicians, generals, and admirals about secret technologies for new advanced weaponry for the German war machine. She allegedly used this knowledge to blackmail Mandl into a divorce. In 1937, Hedy left Austria for London where she met Louis B. Mayer, head of MGM studios. From there to the U.S. and a new name: Hedwig Kiesler became Hedy Lamarr.

Hedy Lamarr’s legendary success as a Hollywood actress earned her the position as Tinseltown’s most bankable female star for years. But when she was not on set she was inventing. She worked on a tissue-box attachment to hold used tissues. She created a bouillon cube that when dropped in water made a soft drink. Her inventions included a new kind of traffic light, modifications to the design of the Concorde, a device to aid movement-impaired people in and out of bathtubs, and a skin-tautening technique based on the principle of the accordion. 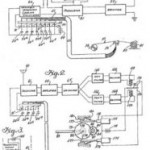 Her horror at the war in Europe, however, would inspire her greatest invention of all. Calling upon what she had learned from Mandl’s cohorts about weapons systems development, she devised a remote-controlled, unjammable torpedo to attack German submarines ravaging North Atlantic shipping and sinking vessels evacuating children from London. To transform her concept into a patentable product, she enlisted help from the composer and concert pianist George Antheil, a former munitions inspector and quite an inventor himself. For his wildly innovative Ballet Mécanique he had devised a means to synchronize sixteen player pianos. A version of this mechanism was used in the Lamarr-Antheil radio-controlled torpedo employing a frequency-hopping radio signal with frequency changes synchronized between a ship or plane and the torpedo, preventing the enemy from jamming the signal.

Hedy fully expected the U.S. Navy to welcome her invention. But they declined to use the patent for reasons that are still unclear, though Rhodes suspects misogyny. In the 1950s, the military secretly began using and developing the frequency-hopping technology for other purposes without informing Lamarr or Antheil. Once the Lamarr-Antheil patent expired, spread-spectrum technology — as it is called today — was used by all and sundry with no acknowledgment of its original creators.

Hedy remained unbothered by most things. But as she watched her pioneering invention, which would someday provide the technology for WiFi, Bluetooth, cordless phones, 3G cell phones, GPS systems, satellite communication networks, wireless cash registers, barcode readers, unmanned aerial vehicles, electronic automotive subsystems, and much more, she occasionally couldn’t help batting those devastating eyelashes. In 1990, at seventy-five, in an interview with Forbes magazine, she voiced a rare lament: “I can’t understand why there’s no acknowledgment when it’s used all over the world. Never a letter, never a thank you, never money.” Rhodes calculates her spread-spectrum technology is now worth around $166 billion a year. In 1997, due to the lobbying of Dave Hughes, a retired U.S. Army colonel and a wireless digital communications expert, Hedy was finally given the Electronic Frontier Foundation Pioneer Award for her invention.

I grew up in the ’70s watching movies from the ’30s and ’40s on late night television. Hedy Lamarr was one of my top icons along with Bette Davis, Barbara Stanwyck, Gene Tierney, Myrna Loy, Jean Arthur, Lauren Bacall, Joan Crawford, Rosalind Russell, Claudette Colbert, Rita Hayworth, Ida Lupino, and Carole Lombard. Each movie star exuded a sexuality that fueled an awesome female power. Their carefully crafted lines seduced and stung, their ambition floated as effortlessly as their silk dressing gowns. Self-possession, intelligence, wit, confidence, and glamour were their trademarks. They embodied an idealized version of potent womanhood I revered, and I yearned to belong to that invented world where brilliant women could boldly do, say, and be whatever they fancied. It was a place where the Larry Summerses of the world were mild irritants, like a smear of lipstick on a tooth wiped away by a flick of the tongue. When I learned of Hedy Lamarr’s extraordinary invention, I wasn’t in the least surprised. For me, she was always capable of anything.

Jenny McPhee’s most recent novel is A Man of No Moon. She lives in London, but mostly resides at jennymcphee.com.