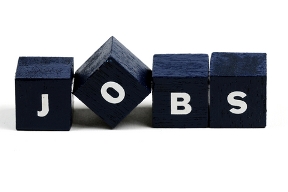 Jobs, rather than debt, is the core problem afflicting the United States. This is what the Federal Reserve declared on August 10, 2011 when it confirmed what many of us have feared: The country’s economy is stuck and without drastic action won’t move for at least two years. As an unprecedented statement by the nation’s central bank, it was a clear signal that the jobs crisis has no end in sight. It also serves as a plain message to elected officials: You are the only ones who can fix this mess.

Technically, what the Fed did was to inform the world that it will keep interest rates at their present target of around zero percent until 2013. For non-economists, this means something simple: The Fed will continue to pump practically as many dollars as it can print into the battered economy. An announcement of target interest rates is routine; the Fed sets them eight times a year. But it has never before revealed a specific duration for interest rates. That’s a big deal, and the subtext is larger still.

The Fed has signaled to the planet that essentially free money, doled out by the world’s largest central bank for two more years, would still not be enough to reverse the U.S. economy’s course. The markets have gyrated in the aftermath of that pessimistic pronouncement. But Wall Street’s reaction matters less than Washington’s. And Washington has been engaged in an esoteric argument over debt rather than jobs.

The Fed’s action reinforces the fact that D.C.’s debt debate has absolutely nothing to do with what’s best for America’s ailing economy. Indeed, it is mere political theater, orchestrated by a Republican Party hijacked by extremists (funded by secretive billionaires) and enabled by an accommodating White House. As for the Fed, the words “debt” and “deficit” weren’t mentioned once in its statement this week.

Republicans and their tea party allies declared that their debt reduction fixation, based on austere budget cuts, was necessary to maintain the Fed’s ability to control interest rates and save the economy from oblivion. But they clearly didn’t consult those in whose name they were acting. In fact, the Fed’s rationale for keeping interest rates at next to nothing centered entirely on job growth and the urgent need for an economic recovery. Given that the Fed is, essentially, the bankers’ bank, its focus on the real economy rather than on investments and finance is at first counter-intuitive. Yet it underscores just how dire the situation has become and just how long we will continue to confront it—unabated the current fire will engulf us all.

Washington’s political establishment has believed since Ronald Reagan that the Fed is the most important economic institution in the country. Therefore, the assumption goes, no matter how off the mark elected officials are in their own economic policies, the Fed can manipulate the nation’s monetary gears to compensate and ensure growth. But with last week’s action, the nation’s central bank asserted that the country’s representatives can no longer act out and expect the Fed to clean it up. The mess from a shattered economy is simply too big this time. Consequently, in order to create jobs and spark expansion, the political class has to get itself together and not expect to be bailed out by the Fed.

In the wake of a severe financial crisis over a century ago, the United States established the Federal Reserve to govern the number of dollars in circulation, both in the U.S. and around the world. It is tasked with two primary goals: 1) full employment and 2) stable economic growth. It achieves both goals by setting interest rates. Low interest rates mean more dollars in circulation, easier access to credit, economic expansion and, as a result of all those things, more jobs. Higher interest rates facilitate the exact opposite. By using interest rates, under normal circumstances, the Federal Reserve can either hit the gas or hit the breaks of America’s economic engine. But we are far from normal times.

The Federal Reserve’s internal forecasts were so dire that even with the bank-vault door wide open, its board of governors still saw little to no chance of growth. Earlier in the year, they acknowledged that the economy was not growing. Back then, they were more sanguine and blamed the stalled recovery on “transitory” (short term) factors such as the tsunami in Japan and a spike in oil prices. But upon review, the cascade of bad news was such that they had to capitulate to the mountain of evidence: The economy is awful and is not getting better. Given all that they’ve tried, the governors seem to believe, the best remaining instrument is the truth: tinkering with the money supply isn’t enough to get America moving. And they’re right.

That’s because the Federal Reserve only sets a portion of U.S. economic policy. The other half is set through the tax and spending policies of Congress and the president. Those policies form the economic framework of the country. They help to determine which sectors of the economy will grow, the type of work that will be rewarded, and how any gains will be split between workers and investors. The executive and legislative branches provide the economy’s building plans and the Federal Reserves provides the material to fulfill them. What the Fed said this week was that there aren’t enough bricks and mortar, quite literally, in the entire world to support America’s broken economic system.

The nation’s economy grew by an anemic 0.4 percent from January to June of this year—12 times lower than what’s necessary to bring unemployment down by just 1 percent. In order to reverse the jobless recovery, the U.S. needs to create at least 200,000 jobs per month; 250,000 would be more like it. Last month, the economy added 117,000 jobs. That’s far better than the 18,000 jobs that the economy struggled to turn out in June, but it’s still barely enough to keep up with population growth.

Youth unemployment and childhood poverty are at all time highs. African Americans—including recent college graduates, saddled with unprecedented debt—have a jobless rate above 15 percent, by the most conservative estimates. Latinos, the fastest growing part of the population, aren’t far behind.

The bottom line is that what we’re doing is not working and continued policy inaction puts an entire generation of young people at risk of being lost. President Obama’s re-election slogan appears to be “winning the future;” that’s impossible to imagine if we stay this course.

But America was a pioneer in constructing an economy that works for a broad middle class. In fact, the country has grown best and strongest when its economic policy has focused on building an economy that works for everybody. It’s what led the country to become the world’s largest and richest economy. And as I wrote back in January, there remain three clear actions that can be taken right now to return us to our job-rich historical norm.

Fix housing, the origin of the problem. The collapse of the U.S. housing market has erased $12 trillion in wealth in three years. It has also driven inequality to its highest point on modern record. The Pew Research Center pointed out last month that both black and Latino households have been hit so hard in the foreclosure crisis that the black-white wealth gap has grown to 20-1; the Latino-white gap has grown to 18-1. These are structural problems that must be addressed before we can talk seriously about a rebound. Close to one out of 10 Americans still face foreclosure and one out of five homeowners’ properties are worth less than they paid for them. A national policy that would force banks to write down mortgages to affordable levels would stop the housing free fall, strengthen the banking sector (ironically), and remove a significant source of job destruction from the American economy.

Retool America to become energy independent. A greener, low-carbon economy will allow the U.S. to grow faster by using less energy to produce more goods and services. America currently sends $1 billion a day abroad to pay for imported oil. With the equivalent of a 40 percent reduction in just one year’s worth of oil imports, the U.S. would generate up to 2.5 million jobs—or 2.5 times the number of jobs created last year. Capital markets are poised to inject massive investments to do so, but they can’t. The private sector is waiting for the government to design the regulatory framework for these investments.

Build an infrastructure for the 21s Century. There’s the job-rich and desperately needed work of reversing 30 years of underinvestment in U.S. transportation infrastructure. According to the Department of Transportation, every billion dollars spent on infrastructure creates 30,000 jobs. The American Society of Engineers estimates that the U.S. economy needs $2 trillion worth of improvement.

The bottom line is that there is no shortage of ways to get the country moving again. In fact, big proposals in all of these areas have been taken up in the Congress and by the Obama administration; they have in turn stalled due to the flagging political will of Capitol Hill and the White House. The disconnect between a political culture stuck in neutral on jobs and an economy bordering on free fall is astounding. And it makes the current obsession with the nation’s debt and deficits all the more galling. So much so that it led the nation’s central bank to telegraph a jobs SOS to the Congress and the White House. Let’s hope that they receive the message and act urgently.

Imara Jones is a New York-based blogger who writes about economic justice for Colorlines.