Posted on June 12, 2011 by adminbena
Guest Blogger Adriel Luis on Scifi in Color 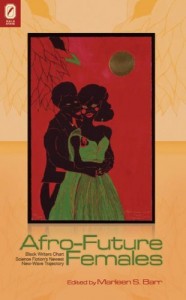 I’ve always been a science fiction buff. From my elementary school days with Bruce Coville’s “My Teacher Is An Alien” series, to my teenage obsession with “X-Files,” to my current RSS feed of the Cyberpunk Review, throughout my life I’ve been fascinated by all things out of this world, beyond this galaxy, and foreign to this dimension. But growing up a person of color, I’ve always felt that the stories that tickle my imagination seldom speak to my identity. For a genre known for depicting obscure creatures, new concepts of civilization, and future predictions for humanity, sci-fi sure has a hard time being about more than white people.

It seems that when it comes to sci-fi, cultural experiences of the melanin-inclined are merely reserved for exotic backdrop (ahem, “Stargate”) and half-assed tokenization (ahem, the horrible Mandarin in “Firefly”). But fear not! I have scoured the cosmos and unearthed 10 fantasmic films, books, and records to transport you to the unreal—while still letting you keep it real. Keep in mind, this is no “Billy Dee in Star Wars” list—I’ve chosen stories by people of color and about people of color. So enjoy. This is for all the disappointed moviegoers who felt the title “Minority Report” was misleading.

PS: I’ve taken the liberty to step outside the zone of the obvious, by excluding from this list Octavia E. Butler. Not because I don’t absolutely love her work about vampires, shapeshifters, and post-apocalyptic telepathy, but because every other minorities-in-sci-fi list I found online is basically a cut-and-paste of her bibliography. If you haven’t checked her out, I recommend the “Imago” series.

For all the rest of my geeks in the struggle, I hope you find something new in this:

Based in a post-apocalyptic Kenya, “Pumzi”—which debuted at Sundance 2010—speaks of a world depleted of water to the point that life above ground has become extinct. A scientist—part of a human society that, among other survival tactics, must take “dream suppressant” pills—discovers a germinating seed and embarks on a quest to rediscover planetary life. Think “Wall-E,” except way hotter.

How to Live Safely in a Science Fictional Universe
By Charles Yu (book, 2011) 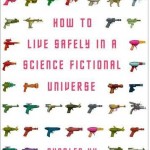 Just released in June, this novel stars protagonist Charles Yu, who isn’t necessarily the same Charles Yu who wrote it. If that’s not meta enough for you, the story takes place in a sci-fi universe that someone began writing about but never finished. Yu, a “time travel repairman,” deals with customers who can’t let go of their pasts, parents lost in their own histories, and his own self-conflict (self-conflict in that he traveled to the future and shot himself, and is waiting for the inevitable day when his past self comes and shoots him). 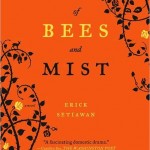 Juxtaposing modern experiences with Indonesian folktales told by the women of his family, Setiawan pens “Of Bees and Mist,” a tale that follows the classic format of a quiet and lonely girl who finds love, only to be faced with an evil stepmother. Taking its setting in a world filled with ghosts, psychics, and mysticism, some might argue that this falls more into the fantasy category. But in the tradition of sci-fi, Setiawan uses the surreal as a bridge to our most basic and elusive contemporary issues—love, family, and human loneliness.

I watched “Robot Stories” when it first came out in 2005, and what captivated me about it was how many ethnicities were represented, yet how race managed to remain as a backdrop rather than a focus. Told in three short stories (each involving robots, duh) I enjoy the fact that characters involve Hapa androids, interracial virtual couples, and an overall accurate depiction of how techno-future life would be in our increasingly multi-ethnic world.

Touted as one of Pakistan’s first sci-fi films, “Kolachi” juxtaposes the genre with Muslim culture—something that is surprisingly rare considering the vastness of Islam. “Kolachi” takes place in the near future where nuclear warfare and anti-terrorism reach a high point when suddenly… METEORS!!! Imagine the explosions! This will make “Armageddon” look like a story about a cherry bomb.

Bedlam in Goliath
Recorded by The Mars Volta (record, 2008)

One of my favorite bands, The Mars Volta tends to narrate their albums through psychedelic and surreal narratives. While traveling in Jerusalem, frontman Omar Rodriguez-López purchased a Ouija board which became the focus of the band’s post-show activities and eventually the inspiration for the album (some song tracks were named through playing with the Ouija). Recorded in the Jewish, Muslim, and Christian Quarters, “Bedlam in Goliath” blends The Mars Volta’s usual Latin rock influences with lyrical and musical inspirations from the likes of Afro-Caribbean religion and Muslim gender dynamics.

One of my absolute favorite albums when I began listening to hip-hop, “Deltron3030” captures the weirdness and intellectual complexity of Bay Area artistry. With Hieroglyphics legend Del the Funky Homosapien as the emcee, Dan “The Automator” Nakamura as the producer, and Kid Koala as a guest scratcher, “Deltron 3030” follows Del in a distant future where he personifies cyber-viruses, warns of mutant rats, and travels the universe to compete in intergalactic rap battles. While rumors of a sequel have teased us for almost a decade, this album remains a classic and a precursor to hip-hop’s current obsession with sci-fi.

Inspired by the likes of funked-out legends Outkast and Parliament-Funkadelic, Janelle Monáe has become a media darling with her “Metropolis” albums depicting an android on the run from a society that has deemed her a criminal for falling in love with a human. Like any great sci-fi storyteller, Monáe stays in character even during her interviews, ushering an irresistible blend of imagination, mystique, and social commentary.

Much like “Of Bees and Mist,” “Shadows in the Cave” draws from folklore to tell a tale of magic and alternate universes. Aku is a young man torn between his chief and father’s ban of magic, and his recently-discovered shape-shifting abilities passed down by his mother. Through this story, author Caleb Fox illustrates a lucid struggle between tradition and modernity.

Planting a flag in Afro-Futurism as a true genre, this collection of writing showcases sci-fi tales from a plethora of African American women writers, including Octavia E. Butler (okay, I couldn’t resist). A great read in its own right, “Afro-Future Females” breaks ground by establishing African and African American perspectives and feminism as key staples in the genre of science fiction.